Dallapé, based in Helsinki since 1925, is a Finnish entertainment orchestra. During the past 90 years Dallapé has played a significant role in Finnish cultural history. In the early years Dallapé’s music was strongly influenced by western rhythm and swing music but the melancholic Slavonic motives were always present, too. These eastern and western elements became the ingredients of the unique and characteristic Dallapé swing sound. 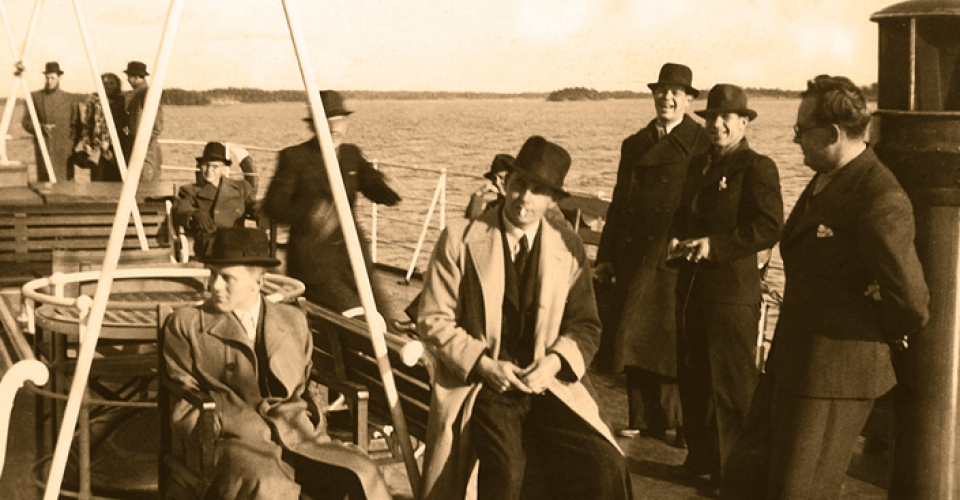 Generations have changed but Dallapé orchestra is still going strong. Dallapé has entertained new generations over the decades and its sound today is better than ever. The members of the orchestra are renowned and sought after professionals in their field of music, many of them with international careers. Quality, professionalism and musical insight have been the back bone of the orchestra since the very beginning.

In 2010 the orchestra’s leading was taken over by Juha Hostikka. The Sibelius Academy and Helsinki Pop&Jazz Conservatory educated singer and saxophonist has restored Dallapé to its 1930’s splendour. Top class orchestra arrangements and soloists are the trademarks of Dallapé. With its 11 performing members, Dallapé is holding the position of Europe’s oldest continuously active entertainment orchestra.